Riders will ride to and turn at Apollo Rd and return to the start/finish. Each lap is approx. 18km 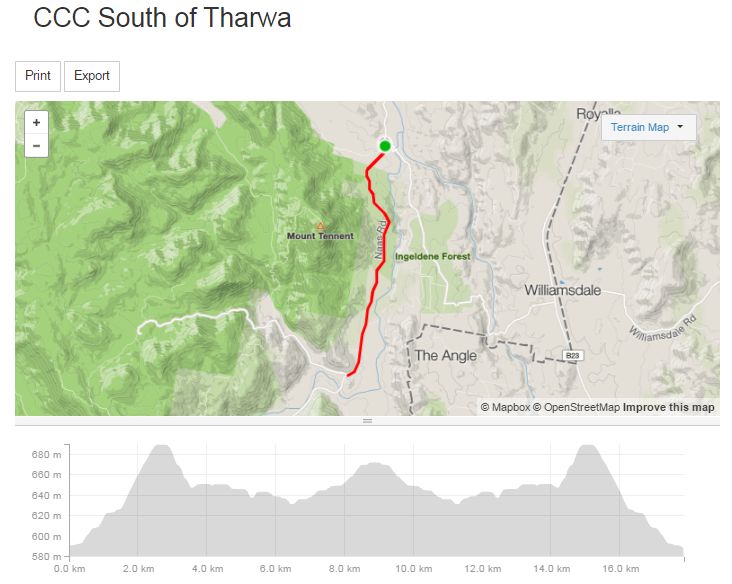 Today, Canberra put on one of its Classic winter mornings. A postcard shot would have you thinking it was a balmy 25degC. Only to find with a  closer look, a bunch of people wearing a lot of layers to stay warm. A brave 29 lost souls rocked up to what is the first of a handful of longer club races. Was it the cold that scared off the lower grades? Was it the distance. Only time will tell

If you are reading this and thinking “I reckon I could write something funny about my grade”. Send it to the Race Secretary (via the ‘Committee’ link on the website)  by early evening, same day as the race. Even a quick QOTD is always welcome

Good size turnout for A grade with a mix of local and interstate riders.
With an impromptu vote the group decided that the first Tennant climb would be ideal to warm everyone’s legs up, we were soon greeted by headwinds all the way to the turnaround point which meant tailwinds for the return leg.
Jordan decided he would slip in some TT training until Gordo jumped on for some TTT training and Ricky from Goulburn decided to join in and see what all the fuss was about. The trio stayed together for the rest of the race, some speculated they were swapping recipes or even discussing male grooming tips, either way they worked well together and took the entire podium.

The main bunch had the pleasure of viewing and cheering on the winners at each turnaround point, Charles was running the book for the final placing but conveniently disappeared soon after the bets were placed.
Brendan’s new cologne had everyone entranced, it was like watching the pied piper, wherever this guy went everyone followed, every now and again a crosswind broke the scent and the bunch quickly remembered how to roll. A burst up the last climb sorted the main bunch out before a fast finish which saw Andy Cartwright cross the line to claim the remaining prize money.

Big thanks to the volunteers, without them this race would not have happened.

C, D & E were combined because of low numbers for each grade. Therefore a glimmer of hope existed for some in the lower grades of a lap or so ride with stronger riders before the fireworks would go off towards the end. Anyway, 6 minutes into the race – about half way up Tennant, groups formed according to grade i.e. Womens A + Mens C, Womens B + Mens D. With slower climbers strung out to tough it out in the wind on their own. The gaps grew ever wider over the duration of the race. However, at the end it looked like the small C group had their own little sprint and a little time later D grade tested out their cadence on the downhill finish.