The Tour de Femme is a women’s-only twenty four kilometer ride that doubles as both a race and a participation event. In 2013 it will be held on Sunday 10th November. There are going to be 3 races this year all on closed roads. We are going to have a ride for 7yr to 11yrs this will be a shorter ride (~3km). The second one will be an elite race for any Club or open licenced Holder. Then the third ride will be the actual Tour de Femme. There are a range of age divisions with separate prizes that are hotly contested each year.

Online Registrations Close Thursday the 7th of November at 9pm 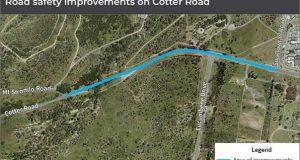